The Municipality of San Dorligo della Valle-Dolina is today the cradle of local olive-growing and at the same time represents the most significant olive-growing area in the entire region.

The olive came to this area in Roman times: Latin writers such as Pliny and Pomponius Mela testify in their writings to the quality of Istrian olive oil. In more recent times, the local olive oil was even appreciated by Empress Maria Theresa of Austria. The olive-growing vocation of this area is amply demonstrated by the fact that the port of Trieste has been an important collection and sorting centre of olive oil for centuries. Most of the producers produce the oil for their own use, but some of them also bottle and sell it outside the province, winning numerous prizes at national competitions in Slovenia and Croatia.

The autochthonous olive tree is the Istrian Bianchera-Belica and the oil produced from it is particularly valuable and highly appreciated for its flavour and aroma.

The production of wine in the Breg Valley has very ancient origins: it has been known since as early as 1271 and over the centuries it has been a source of income and value for farmers in the area. At the beginning of the 19th century, vine growing in the Breg valley became a major part of the domestic economy. Thanks to the favourable position of the fields, the quality of the vines, the specific characteristics of the soil and the warm climate, the wine in the Dolina area is of excellent quality: among the white wines are Malvasia, Glera, Vitovska and Muscat; among the red wines are Refosco and Teran. 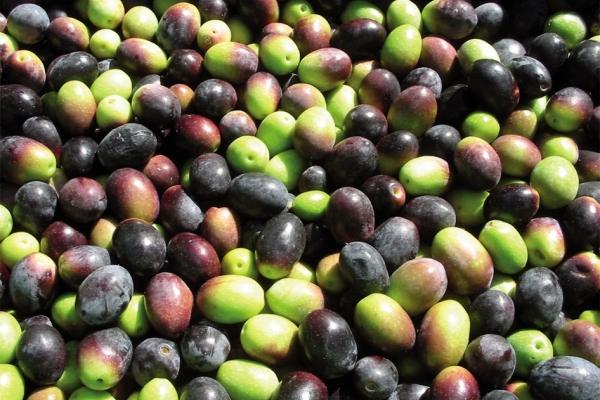